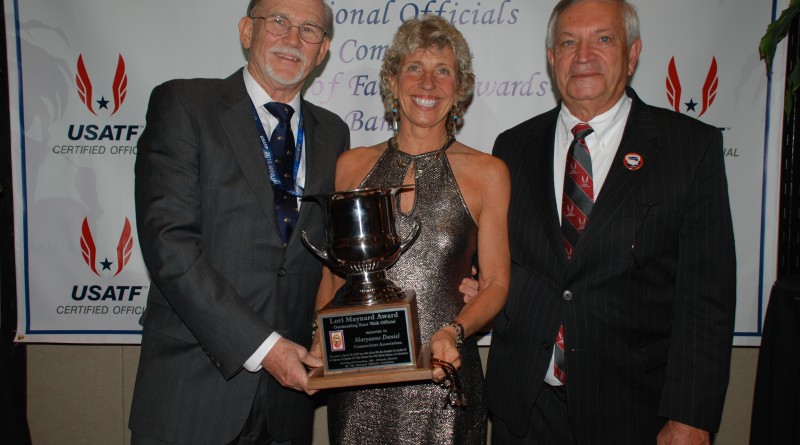 During Thursday evening’s Opening Session, USATF CEO Max Siegel and President Stephanie Hightower offered welcoming remarks to the constituents in attendance, focusing on messages of improvement and expansion of the sport and its support on every level.

Highlights of the 2015 State of the Sport included:

The Connecticut Association was ranked 6th out of the 57 Associations Nationally for outstanding Performance against the ten standards for Accreditation.  As a result our Association was awarded $1,000 to be put toward programming to foster continued development of our sport. The top 15 Associations received monetary awards.

Bill Mongovan has been awarded the Frank Seveign contributor to youth award as voted on by the Youth delegates . Each year, the USATF Youth Committee awards  the Frank Seveign Award to the outstanding contributor to the continued growth and development of youth in our country. Frank Seveign was the long time college coach at Bowdoin College in Maine and later the University of Nebraska where he hosted the JO national track & field championship on numerous occasions.

Maryanne Daniel was awarded the Lori Maynard Award by the National Officials Committee.  This award is voted on by representatives from each Association and is awarded for outstanding service as a Race Walk Official, organizer, and administrator.  Her husband Ron was the 2014 award winner.