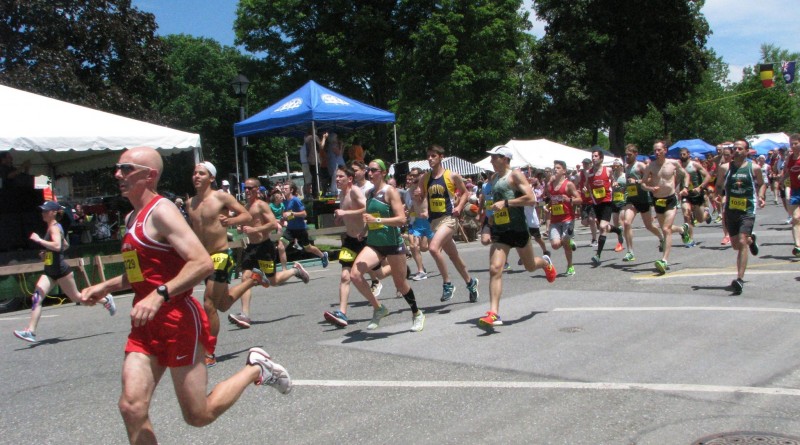 With three races in two weeks, the USATF-CT Road Racing Grand Prix standings became a tighter affair in many divisions. The Delaney Dash, Spring Street Mile and Litchfield Hills Road Race all took place in a 15 day span from May 27th to June 11th to set the stage for the final three legs of the 2017 series. The series is presented by Woodbridge Running Company.

The Masters Men’s division got a little tighter as SoundRunner earned its first win of the year at the Spring Street Mile, while Manchester took the other two wins to give itself a 10 point cushion in the standings. Mohegan remained comfortably in second place while Hartford Track Club inched towards the top three with a third-place finish in Litchfield.

The Grandmasters Men features a two-team race with Hartford Track Club and Mohegan battling it out at the top with Hartford currently holding an eight-point advantage. Milford Road Runners and Manchester are in the hunt, but well back of the top two. A similar story is unfolding in the Men’s Seniors division with Mohegan flipping the script and holding a six-point lead on Hartford Track Club.

In the first year of competition scoring five women across the Open division, it is still anyone’s crown to take, though Manchester used two wins in the three races to build an eight-point advantage over Milford Road Runners and a ten point lead over SoundRunner. The SoundRunner women were victorious at Delaney Dash while Milford used three top-three finishes to stay in second place.

Three teams stand within seven points of each other in the Women’s Masters standings. Mohegan took first at the Delaney Dash, second at Spring Street and third in Litchfield to hold a slender five-point advantage on Milford (third, second, second) and Manchester is just two points back of Milford after back-to-back victories on their home turf at the Mile and in Litchfield.

When all points are combined, Mohegan Striders hold the clear advantage with 319 points, Milford is in second (264) and Hartford Track Club is just behind with 243 points.