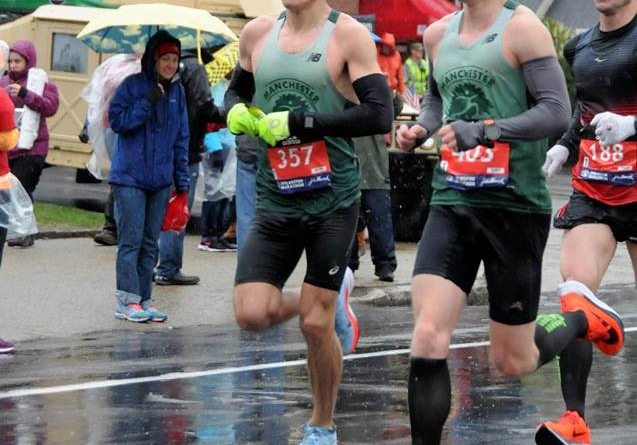 On one of the most miserable weather days of the year, several USATF-CT members persevered to incredible performances at the 2018 Boston Marathon.

In cold, driving rain and wind the men’s open team from Manchester Running Company took the win in the team competition. This was the first victory for a USATF-CT team at Boston in the history of the association. The team led by Portland resident Morgan Kennedy and Harwinton’s Tyler Lyon all finished under 2:37:30 for a team win over some of the most elite teams in the country.

Mohegan Striders runner and New London resident Rebecca Snelson was an incredible 14th overall in the women’s field with a time of 2:49:50 and was the top finisher from Connecticut on the day.